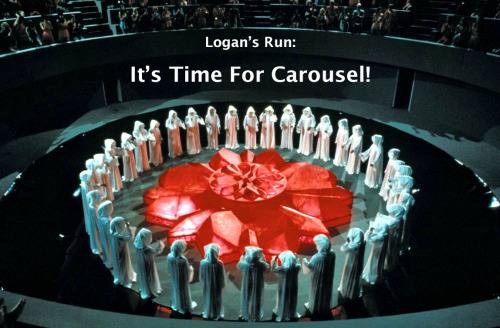 Midlife was traditionally a time when people knew their jobs well and passed on what they knew to the next generations, a time when they paid off their mortgages and put more money toward retirement. This hinged on having a career at an established company by the age of 40 that they could keep until they decided to retire whether earlier or later than 65.

Things have changed. For my Father, the average number of jobs he might hold between 18 and 65 was an average of Four (3 for him). For me, that average was supposed to be Nine, but I have already exceeded that due to the fact that I have had to accept Contingency employment without benefits to keep working. For someone who is now 18, that is projected to be at least 15 jobs.

My Father was in his early 40s (in the 1970s) when the extra challenges of sending me to college added fuel to his dissatisfaction with the route sales job he had at a local snack food distributor. He worked long hours, averaging 60 hours per week, and his bring-home pay was only a bit more than what my Mother brought home as a 40-hour per week factory worker, and he had fewer benefits.

He wanted a job that paid better for all his time and dedication. The companies where he applied did not give him a simple “No”, they told him outright that at 42 he was too old for the specific job, or too old to start any new job.

My Father was so demoralized by these pronouncements that even when he
was offered a job working for a reputable insurance company, he turned it down. He did not doubt that he could sell their insurance, but he was afraid that he was too old to get through all the training and licensing he would need to do the job. These things defeated my Father, and he gave up his search.

Two Acts of Congress, one five years earlier and another two years later, added people 40 and up as a “protected class.” My Father did not know what was in the works and employers ignored it, still openly discriminating against older workers, thinking they had good reasons. At least, until the later Act added teeth.

The Law Changed, But Attitudes Have Not… much

Fifty years of progress has done little to change attitudes against older workers. Age bias is still so pervasive, so ubiquitous that managers and older workers themselves do not realize how these attitudes affect their decisions. While older workers are plagued with a defeatism that results from systemic discrimination, younger managers see that defeatism as justification for their bad attitudes. This perpetuates the negative stereotypes and myopic prejudices about older workers, keeping them in low-paying jobs, and from trying new or different career tracks. And the truly horrible thing about this is that most of these “problems” have an ever decreasing basis in fact, and many never were true.

One positive change over the last few decades has been that people between 40 and 55 are now considered to be “not too old yet.” It is people over 55 who now quickly learn that even when they get extra training, or go back to college and get that degree, even when they are overqualified and willing to take a lower rate of pay, they still cannot find work. The number of rejections they must endure to find one full-employment job is often many times what it is for workers just 15 years younger. And far too often, they must resort to lower-paying multiple Part-time, Temporary or Contract (contingent) employment to be able to work at all.

Ageism is defined as prejudice, discrimination or stereotyping based on a person’s age. It is one of the two last acceptable Prejudices in our society. Ageism is an attitude that expresses itself as a thought or feeling about another person (or themselves) that says, “Too old” or “Too young”.

Up to this point, it is all an internal process within an individual, which falls within the realm of each person’s right to think and believe as they wish. However, when ageism manifests in an official capacity with biased actions, behaviors, and language, for or against an individual based on age, then it is no longer just a private matter.

When this bias affects the workplace or how healthcare is delivered, it is Institutional Ageism. When people believe mischaracterisations and stereotypes about young people, it is called Reverse Ageism, as when someone says something about “those millennials!!” And the most damaging sort of ageism is Internalized Ageism, when older (or young) individuals start believing mischaracterisations and stereotypes about themselves.

Be aware that a workplace can have a “youth-oriented” culture that is biased against older workers. But, it can also have a “traditional” culture that encourages prejudices against young workers.

Even Pope Francis who condemns prejudice in so many other areas, fell into the pervasive prejudice of ageism when he referred to Europe as “a
grandmother, no longer fertile and vibrant.” In an age when grandmothers may still be in their 30s and may stay vibrant into their 90s, such a statement is very prejudicial indeed.

Slow, cannot move, think, or learn as fast as younger people.
This might be true for some, but even in those cases, superior experience and work ethics more than make up for it in the long term.

Resistant to change.
Most older workers know that businesses must grow and change, or they die. But even younger workers can be caught off guard by large and frequent changes. This is why Change Management has become such a big part of business leadership training and a consulting specialty.

Stuck in the past and can become bitter at the world.
These are usually signs a mental condition that results from trauma or deep loss, and it can happen at Any age. When it happens, it is at least in part the result of repeated Ageist discrimination, not the cause.

Not fitting into a fast-paced, energetic company.
Remember, every Tornado has its Eye. You cannot have the fury of the
storm winds without its calm, organized center. In other words, even when there is a fast-paced and energetic work environment, there is value in true diversity, including age diversity.  When managers or leaders believe that a particular employee is no longer a good fit, more often than not it is due to the bad attitudes of  the managers and leadership, not the older workers.

Tend to have more health issues, increases costs of employment.
This is becoming less true as time goes on. Older workers have learned how to keep on working in spite of the aches and pains that can increase as one ages. And in reality, work absences due to illness (real or feigned) are more frequent among younger workers than workers above 55.

Words to be aware of when a company describes its work environment, culture, or the kind of person or qualities the open position needs. These may indicate a bias toward younger applicants and may be used to discourage older applicants. And, they usually do, especially when used in combination with each other, or coupled with a superlative:

One Job Ad I ran across stated, “We get sh!t done… responsibly.“ They substituted the “i” with an exclamation point, but it was clearly put there to appeal to young adults and put off older adults. They even had something called “Beer Fridays.” But I applied for the job anyway as I was well qualified. The interview went so well that I believed they would offer me the job, but a few days later came a rejection email that could only be due to my age.

What Can We Do About It?

We must be aware of, but not overly sensitive to the forms and tactics of ageism. It is so insidious that a manager or interviewer may not be aware of their company’s bias, or even their own.

Gently ask questions “for more information” in areas where you have detected possible age bias. Because the law forbids an employer from openly admitting ageism, as in the past, we cannot be sure if an action is from a lack of awareness or an actual bias.

Speak up against age bias whenever you can, others may see your bravery and speak up as well. If an interviewer is obviously biased and you believe you have already lost the job, use the remainder of the interview as a teaching moment on Ageism.

Advantages of Having
Older Workers:

The fact is that we all change as we get older, some things diminish, and others get better. But when all things are considered, older workers bring Greater Value to the workplace than do younger workers. Any company that rejects older workers, misses out on a key component of growth and future stability.

Advice to Management and HR Professionals

Longevity is a Hallmark of Human Progress

Ageism is in reality a negative belief about ourselves, the person we all once were, and the person we will all become, if we live long enough.

Aging is not a “problem” or a “disease,” it is a natural process, a life-long condition that unites us all from every walk of life, from cradle to grave. Growth in life expectancy is a fundamental hallmark of human progress and achievement. And despite current problems affecting longevity, it is projected that there will be more than 2 Billion people age 60 and older in the world by 2050. And, one quarter of the US workforce will be 55 and older by 2019.

55 is the new 40, and the number of workers 55+ is growing. The wave is coming faster than you expect. Change to meet it, or be drowned by it.

About the reference to Carousel in the movie Logan’s Run: 30 is the age when people are supposed to move on to make room for the new babies being born. It is the ultimate “youth-oriented” culture. And all is well, until those near the age of 30 start to notice that no one is ever “Renewed” in Carousel. So, if you believe that older people at some arbitrary age should simply get out of the way so younger people can prosper, regardless of what that age might be, it is self-defeating. And, that age is going to look more random and unfair the closer YOU get to it.

Other Sources for your Consideration:

The Roots and Consequences of Ageism in America
https://youtu.be/cdqVoxT-caI

So who is ageist? | Mervyn Eastman (UK)
https://youtu.be/t90ZzZajO5w